Trends in Wakaf assets evolve from time to time. During the days of the Prophet Muhammad s.a.w, Wakaf assets included wells for drinking water and plantations. In the Ottoman era, soup kitchens and public facilities such as hospitals were commonly considered Wakaf assets.

In Singapore today, there are two distinct categories of Wakaf assets—properties and cash. In total, these assets are worth more than $900 million (as of Dec 2021).

Most of Singapore’s Wakaf assets exist as properties. These are further divided into two categories: revenue and non-revenue generating assets.

In land-scarce Singapore, most of our population live in leasehold public housing and high-rise blocks. Together with increasing property prices, donating land or properties is not financially viable for most of our Muslim community members. This has led Muis to introduce cash Wakaf as an option for Wakaf creation in Singapore.

Cash from Wakaf contributions and liquidated assets are pooled together to form a corpus (principal amount) and invested in shariah-compliant instruments. The net income from the investments is then channelled towards nominated beneficiaries and other shariah-compliant purposes.

An example of cash Wakaf is Wakaf Ilmu which supports religious education. Beneficiaries include full- and part-time madrasahs, and mosques running Muis’ aLIVE programme, an Islamic education curriculum for children and youths.

Find out more about Wakaf Ilmu. 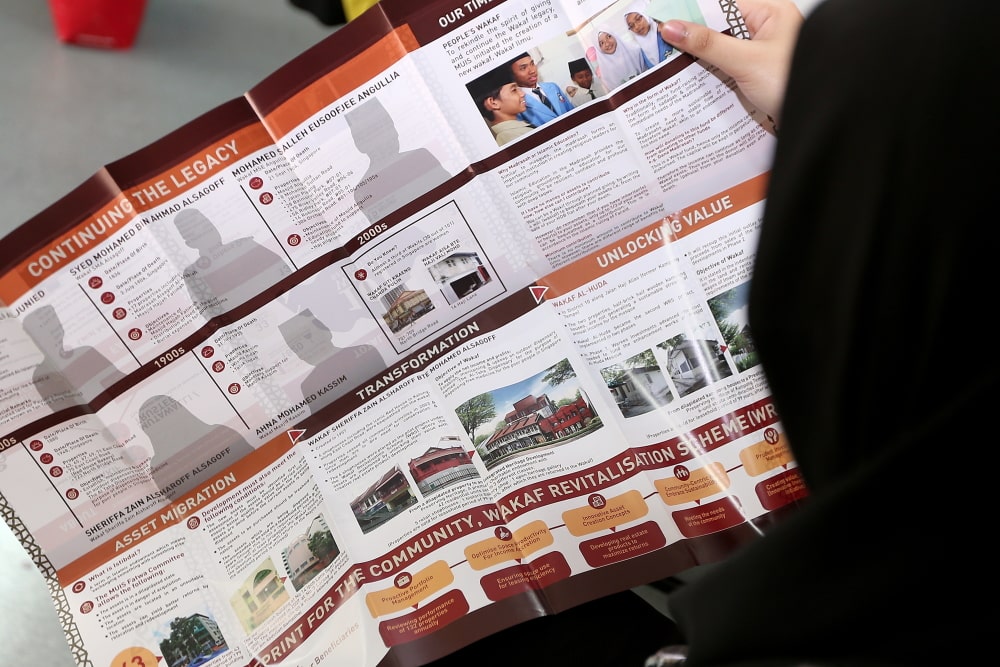