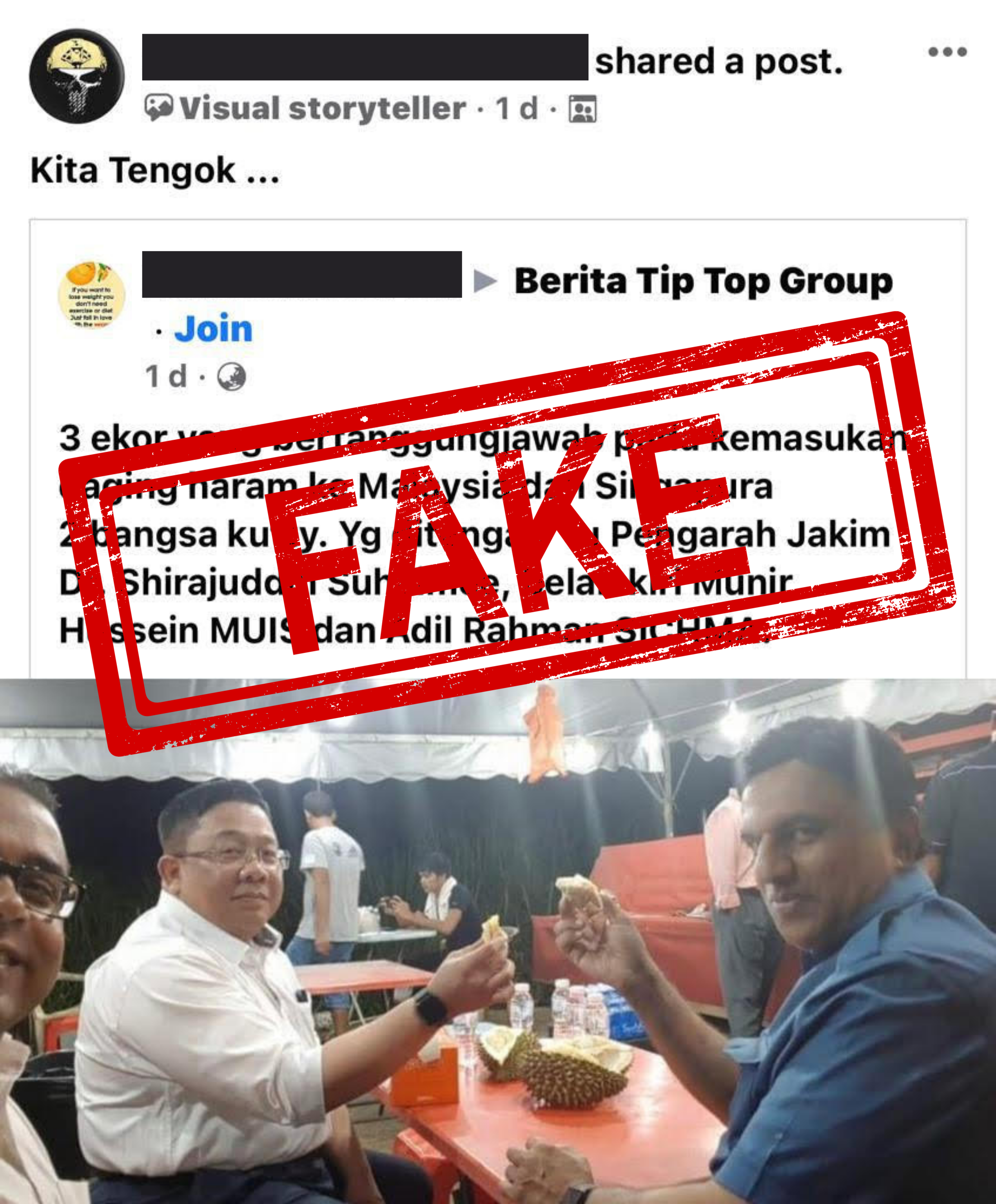 Muis is aware of a photo and post circulating on social media, alleging that a Muis officer is involved in the recent alleged cases of tampering of imported meat into Malaysia by a meat cartel.

Muis would like to clarify that the circulated photograph has no connection with the case. Muis and the Singapore Food Agency have already issued a joint statement on the case on 29 Dec 2020.

The photo was taken some years ago on the final evening of a conference organised by JAKIM held in Kuala Lumpur. The Muis officer in the photo had been invited by the organisers to join a durian session that evening. The session was also attended by other participants of the conference. The Muis officer (who does not actually eat durian) had joined them out of courtesy.

Muis would also like to clarify that it has no relationship with the third individual named in the post, who is alleged to have facilitated the import of non-halal meat from Australia into Malaysia.

Muis would also like to urge members of the public not to circulate false and misleading claims that may create confusion in the community. 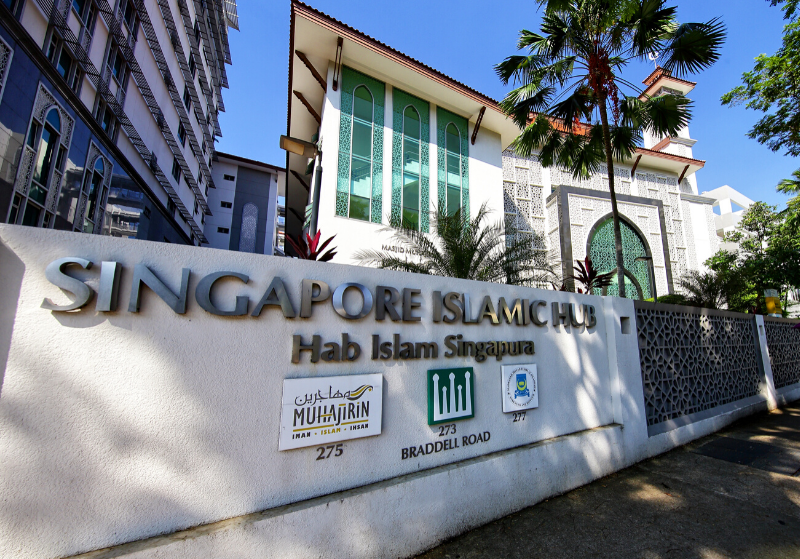