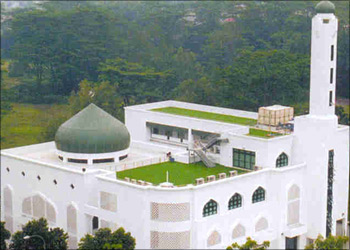 Completed in 1997, this masjid replaced the old generation mosque, which had served residents since 1975. Located in the West, the masjid built under the Mosque Building Fund, has a capacity of 3300, which is several times what the previous masjid was able to accommodate. It is noted for its senior citizens group called Sohibul Khair, which organizes activities such as morning exercise and talks on living a healthy old age.