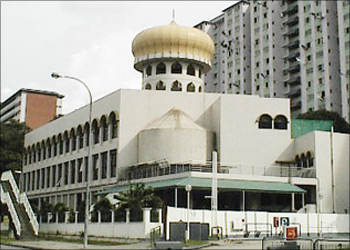 Redeveloped in 1985 on the same site as the old masjid, this three-storey cream structure can accommodate up to 2000 people. The first masjid was built in 1960. Today, the masjid in Central part of the island serves the needs of residents in Redhill, Tiong Bahru and Alexandra areas, besides the office workers at the nearby industrial estates. Besides madrasah and kindergarten classes, it organizes regular religious classes for the adults.