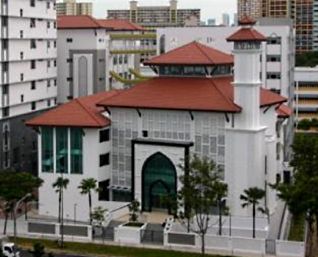 The masjid has been re-built as part of the Singapore Islamic Hub development and was opened to public in January 2009.

Masjid Muhajirin is the first masjid to be built under the Mosque Building Fund. Back then it was easily recognizable by its prominent dome and minaret at the entrance of the building.  Sited next to the Islamic Centre of the Islamic Religious Council of Singapore, it was completed in April 1977 with a capacity of 1400 people and serves Muslims of all ages living in Toa Payoh and Bishan.