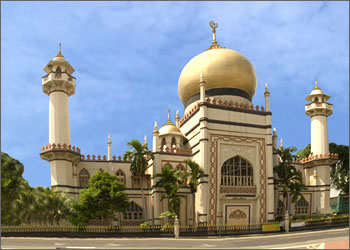 Built during colonial times, this old generation masjid has been gazetted as a national monument. Built in 1824, it was one of the first few masjids to be built on the island. It was later rebuilt in 1920 by Swan and Maclaren who were responsible for Singapore’s other important landmarks. The masjid is a mix of Classical, Persian, Moorish and Turkish themes that form what is known as the Islamic Saracenic style. Located in the Central, it has a capacity of 2000 people and is one of the most frequented prayer venue.