The Islamic Religious Council of Singapore (Muis) regularly holds the Distinguished Visitors Programme (DVP). The DVP is a high signature event which aims to widen and deepen progressive discourses through engagement sessions, discussions and lectures delivered by eminent Muslim statesmen, intellectual leaders and thinkers of international standing to discuss latest developments in contemporary issues on Islam and Muslims. As such, the programme involves courtesy calls and engagement sessions with the President of Singapore, the Prime Minister, key Cabinet Ministers, eminent local Muslim scholars, inter-faith leaders and other key Muslim stakeholders such as the asatizah (Islamic religious teachers) and Madrasah sectors. This programme was first introduced in 2006.

The key highlight of the DVP is the Muis Lecture delivered by the Distinguished Visitor, and chaired by the Minister-in-charge of Muslim Affairs. Attendance usually averages around 600 participants, comprising of political and community leaders, the asatizah fraternity, scholars and students of Islam and Muslims, madrasah teachers and students, interfaith leaders and activists. The DVP has been strongly supported by the SPH Foundation since its beginning. 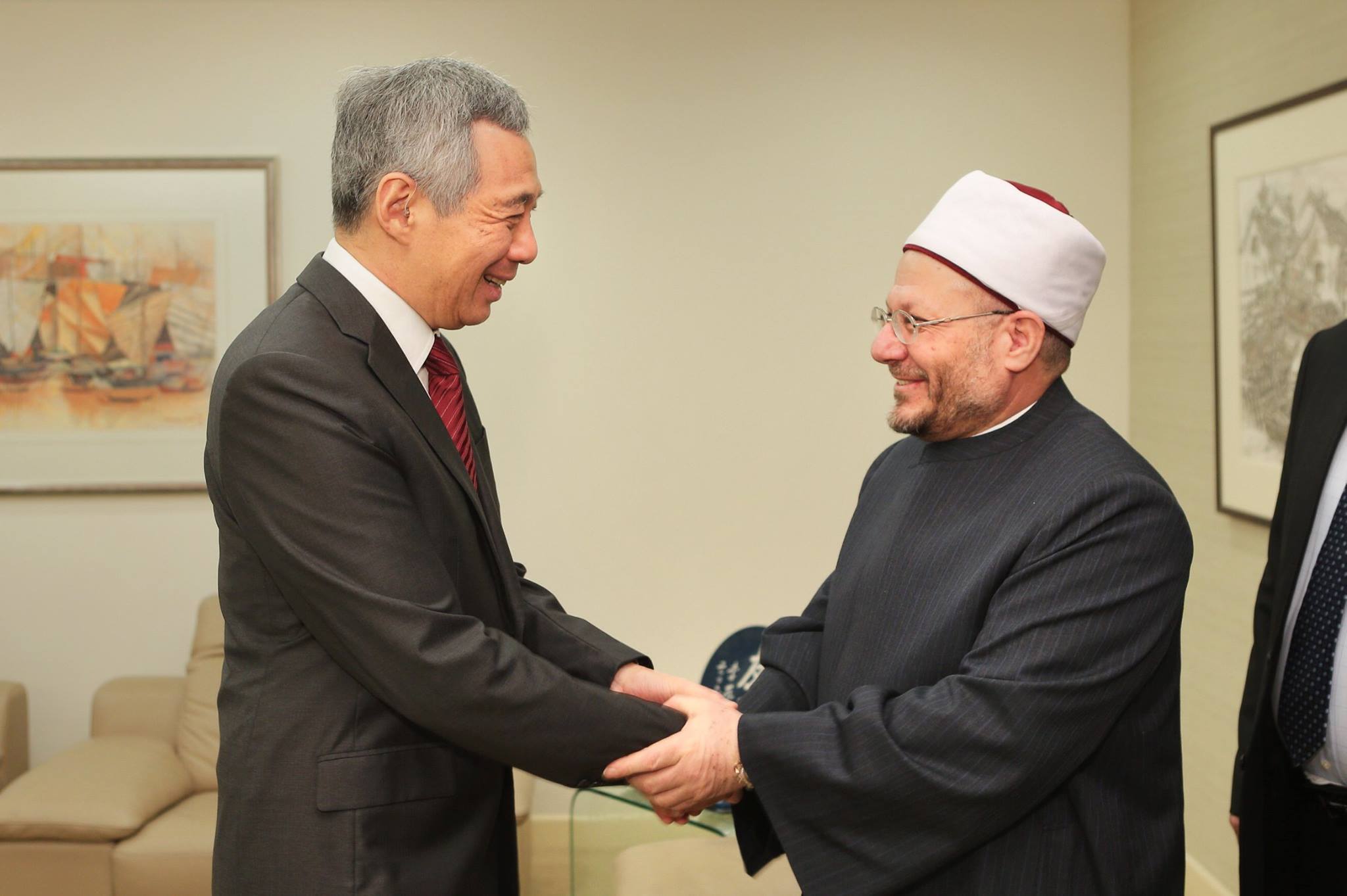 In 2017, Muis is honoured to host as our Fifth Distinguished Visitor, Shaykh Abdallah Bin Bayyah, President, Forum for Promoting Peace in Muslim Societies. During his 5-day visit, Shaykh Bin Bayyah, various engagements with various segments of the community will be held. Shaykh Bin Bayyah will meet with Muslim Community Leaders, Islamic Scholars, Religious Leaders, and Public Officers. The DVP 2017 will culminate with our high signature event for members of the public, the Muis Lecture on "Faith, Compassion and Human Dignity" – the climax of the Distinguished Visitor Programme 2017."

Details of the lecture is as follows:

The principle of compassion lies at the heart of all religious, ethical and spiritual traditions, calling us always to treat others as we wish to be treated ourselves. Compassion drives us to alleviate the suffering of all humanity, and recognise the inherent dignity of the human person and to treat everybody, without exception, with justice, equity and respect. It is also necessary in both public and private life to refrain consistently and empathically from transgressing against the rights of others. To act or speak violently out of hate or self-interest, to exploit or deny basic rights to anybody, and to incite hatred by denigrating others – even our enemies – is a denial of our common humanity.

In this lecture, Shaykh Abdullah Ibn Bayyah will address the universality of our respective values, and the need for authentic dialogue that highlights the unifying role of religion in upholding human dignity through a civic-minded and compassionate way of living. He will propose a call to make compassion a clear, positive and dynamic force in our polarised world. A compassion that is rooted in religion's rich traditions and thus a principled determination to transcend selfish interests and exclusivism. Compassion's power also lies in its ability to break down barriers, both ideological and religious. Because of our intrinsic need to live with each other, compassion is essential to human relationship, nurturing communities of trust and ultimately a flourishing humanity. It is timely that religion’s enduring values of compassion and mercy is highlighted as religion’s important contribution to modern society.

Sheikh Abdallah Bin Bayyah was born in 1935 in the East of Mauritania. He is a scholar who grew up in a house known for its scholarship; his father Sheikh Mahfoudh Ben Bayah, was one of the region's eminent scholars and the head of the Conference of Mauritanian Scholars established after the country’s independence. He studied in the Mauritanian centers of learning known as Mahadhir especially the school of his father Sheikh Mahfoudh Ben Bayah in which all the sacred sciences were taught including: jurisprudence, legal theory, syntax, language, rhetoric, Quranic exegesis and its auxiliary sciences, and the science of Prophetic tradition. He was sent to study law at the Faculty of Law in Tunisia and was trained in the Tunisian courts in 1961.

Currently, Sheikh Abdallah Bin Bayyah is the President of the Forum for Promoting Peace in Muslim Societies, UAE; the Director of the Global Center for Guidance and Renewal, United Kingdom; and Professor of Islamic studies at the King Abdul Aziz University in Jeddah, Saudi Arabia. He is a prominent and established international Muslim scholar with a wide impact and influence. He was recently invited to address the United Nations General Assembly and the World Economic Forum.

He is the foremost leading authority on contemporary Muslim legal thought and fatwa development. His distinguished career includes key positions such as the Judge at the Mauritanian High Court, President of Court of Appeal, and Minister for Religious Affairs and Minister of Justice. His rank is equivalent to that of a Cabinet Minister.

As a renowed international resource person on Islamic affairs and fatwas, Sheikh Abdallah sits on different panels of respected international Islamic bodies such as the Majlis Hukama (Council of Elders) as the vice chair of the Council as well as the European Council for Fatwa and Research, and the Islamic Fiqh Council. He has addressed the UN Leaders' Summit in Oct 2015, and UNESCO in 2016. He is widely recognised as an influential Muslim figure by both governments and international bodies, and plays a prominent leadership role in inter-faith and inter-civilizational dialogue. Most recently, he steered the Marrakesh Declaration initiative under the patronage of His Majesty King Mohammed VI of Morocco in January 2016.

Among his publications are The Art of Formulating Fatwas (Legal Opinions) and Minority Fiqh (the Jurisprudence Pertaining to Muslim Minorities) (2012), The Discourse of Security in Islam and the Culture of Tolerance and Harmony and Fatwas and Reflections (1999).