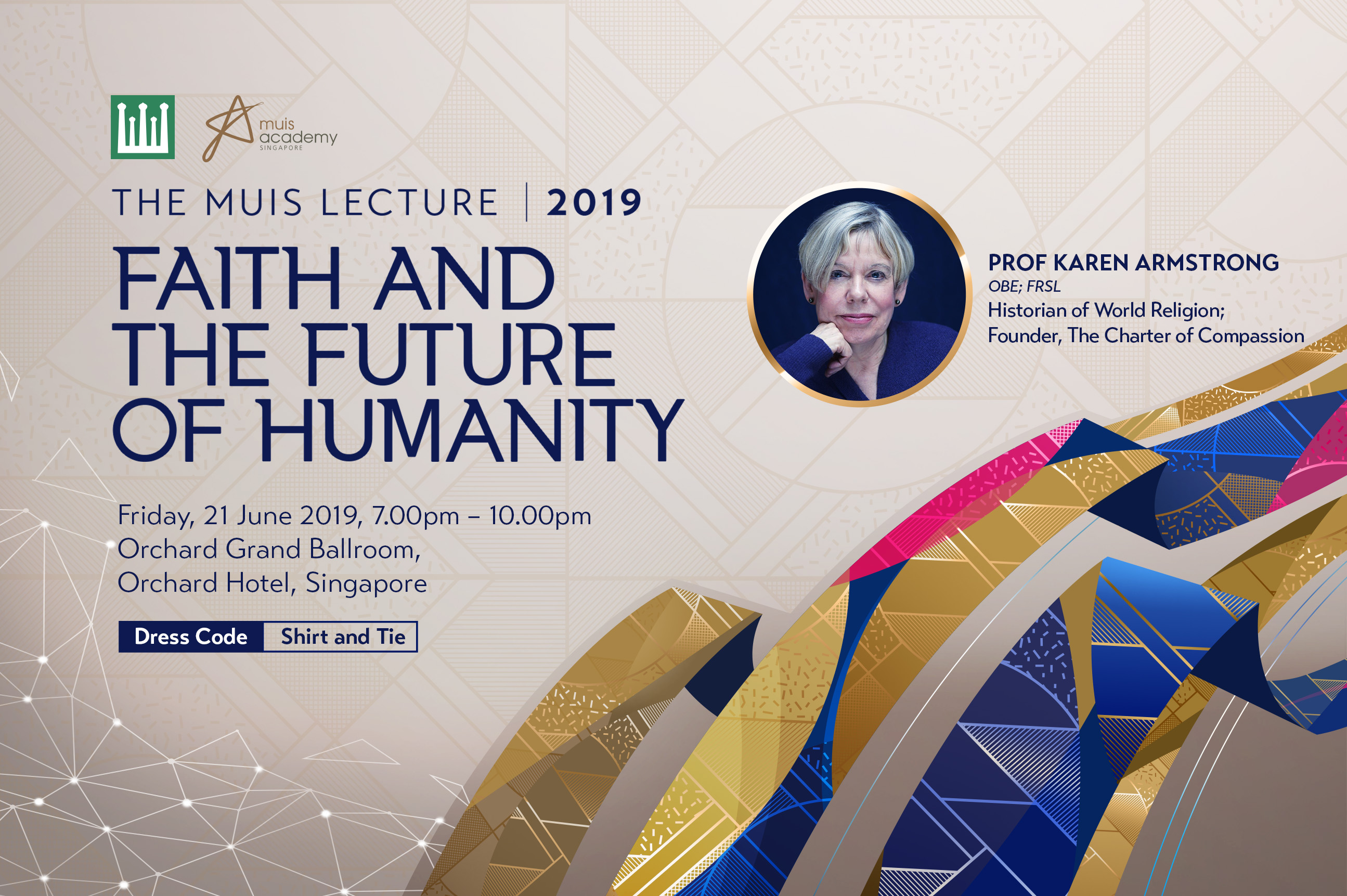 The Muis Lecture Series is an annual series. It features eminent statesmen, intellectual leaders, thinkers of international standing and prominent personalities, who delivers an address relating to Islam and its relationship with the modern world and its current realities. The series also focuses on new trends in Muslim thoughts and ideas in dealing with change and modernity in the context of changing global challenges of the 21th Century.

The 12th Muis Lecture 2019 was held on 21 June 2019. Muis was delighted to host, for the second time, the Founder for the Charter for Compassion Professor Karen Armstrong. She is a provocative and original thinker on the role of religion in the modern world. Prof Armstrong will be sharing her thoughts on the role of religion in shaping the future of humanity. This Muis Lecture serves to reinforce the ethos of the Singapore Muslim Identity (SMI) and advance the discourse from the International Conference of Singapore on the Future of Faith 2018.

The highest objective of all faith traditions – regardless of era, place of origin or creed is the nurturing of responsible, ethical, compassionate and dignified human beings who are aware of their sacred origins and seek meaningful existence by developing societies of beauty, excellence and harmony.  However, the same force is also perceived to be responsible for nurturing hatred and perpetuating violence. How can this seeming paradox be reconciled?

What roles do the world’s faith traditions have today in helping humanity overcome its current state of impasse – with the nexus of rising extremist expressions of identities, exacerbated by migration and populism (Nationalism, ISIS and White supremacy); a contestation of ideas marked by fear, skepticism and hatred (Brexit, Protectionism, Sectarianism, and Islamophobia); environmental challenges? Such an increasingly isolationist global world order impedes the strength of universal values, collaboration and human solidarity. Are religions able to have a positive and effective role in light of these challenges?  In this lecture, Karen Armstrong will explore the above questions and will discuss what it will take for faith traditions to be able to rise up and help shape the future of a compassionate humanity.